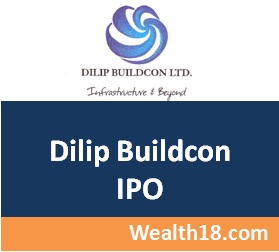 Day 1 Subscription – On the first day of the issue, it is subscribed only 7%

Dilip Buildcon has announced its IPO opening on 1st Aug.   The IPO comprises fresh issue of shares aggregating up to Rs. 430 crore and offer for sale of 11.36 lakh shares held by its promoters Dilip Suryavanshi and Devendra Jain, and private equity fund BanyanTree Growth Capital.

IPO Grey Market Premium (GMP) helps in deciding the premium of the IPO Shares on listing day. It is just an estimate.

With the Price Band of Rs. 214 – Rs. 219 fo r Dilip Buildcon IPO current Grey Market Premium is between Rs 30 – Rs 40 per equity share which converts to approx 18% Premium on the price of upper band. Note: This is just an estimate.

The company has first filed for IPO in April 2015. This is Dilip Buildcon’s second attempt at an IPO. Last year, the company had proposed to raise about Rs.650 crore through a public issue of fresh equity shares, but had backed off citing the cautious sentiment of foreign institutional investors (FIIs) towards the sector.

Bhopal-based Dilip Buildcon, which in 1989 started off with a real estate construction business, and later forayed into water treatment and sewage treatments, builds projects across roads, dams, canals and residential buildings on EPC (engineering, procurement, and construction) basis.

Dilip Buildcon is leading road-EPC contrators in India. In last 5 years, they have completed the construction of 51 road projects in the states of Madhya Pradesh, Gujarat, Himachal Pradesh, Rajasthan and Maharashtra in India, with an aggregate length of approximately 5,858.49 lane kms. In addition, they have ongoing projects in 9 other states – Tamil Nadu, Punjab, Chhatisgarh, Jharkhand, Haryana, Telangana, Andhra Pradesh, Karnataka and Uttar Pradesh.

The core core business is undertaking construction projects across India in the roads and irrigation sectors. The company specializes in constructing state and national highways, city roads, culverts and bridges. The company business comprises:

The company plans to sell new shares worth Rs.430 crore and some of the shares currently held by promoters Dilip Suryavanshi and Devendra Jain and private equity fund BanyanTree Growth Capital. BanyanTree, which currently holds about 9.75% in the company, will sell about 6% stake or 7.95 million equity shares through the IPO. The Net Proceeds from the Fresh Issue will be utilised towards the following objects:

The company proposes to use net proceeds of the fresh issue for prepayment or repayment of a portion of term loans, and for working capital. 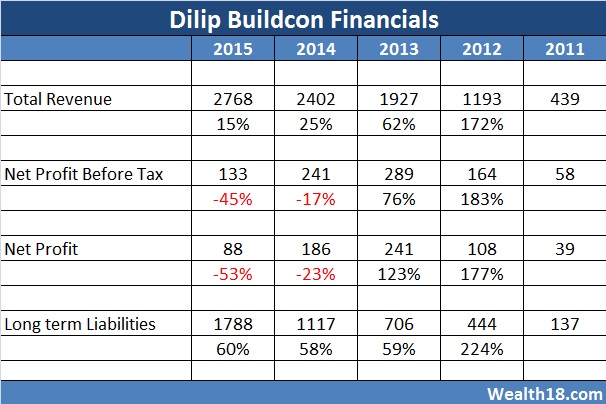 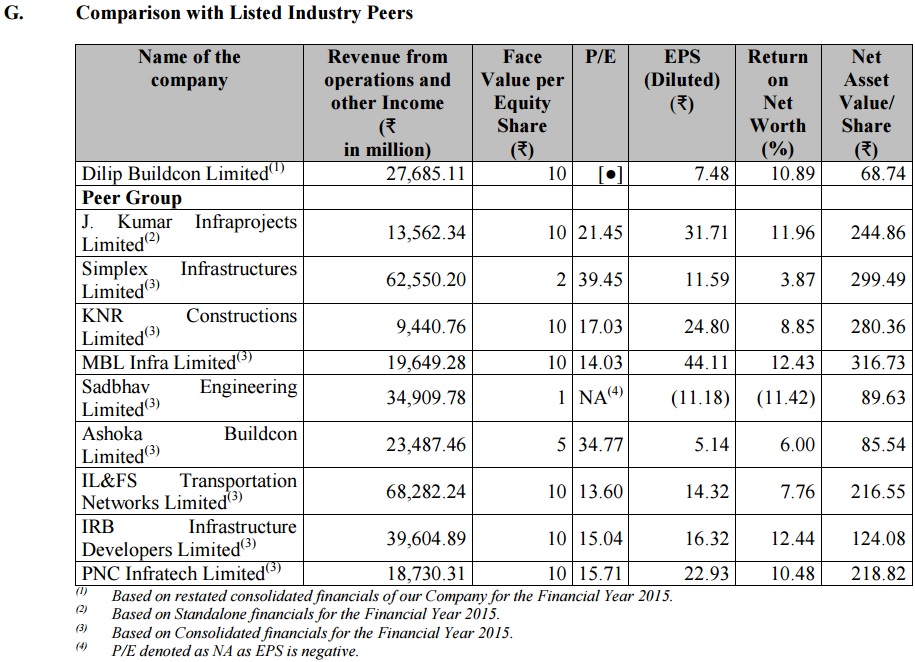 Should you invest:   Investors can invest for medium to long term , but AVOID for any listing gains.