HomeNewsCompanies can accept deposits without deposit insurance till 31.03.2015
News

Companies can accept deposits without deposit insurance till 31.03.2015 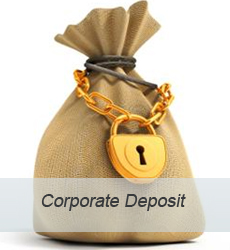 In view of the suggestions received from the stakeholders to give transitional period for complying with the deposit insurance requirements, the amendment in the relevant rule has been made allowing companies to accept deposits without deposit insurance for one year i.e. till 31.03.2015.

The Companies Act, 2013, which became effective from April 1, 2014, makes it mandatory for companies to buy insurance cover for fixed deposits, in the absence of which they will have to pay penalty.

As of now not a single insurance company is offering the product.  General insurers say they are looking to offer cover that would insure corporate deposits and are in talks with the regulator (Insurance Regulatory and Development Authority) to allow to offer insurance cover for company deposits.

At present, only Deposit Insurance and Credit Guarantee Corporation (DICGC), a subsidiary of RBI, offers insurance for bank deposits. However, they are not allowed to offer insurance for corporate deposits under the DICGC Act. Under the scheme a sum of upto Rs 1 lakh, including the principal and interest amount, is paid to the depositor in the event of the bank being unable to fulfill its commitment due to liquidation, cancellation of banking licence or merger.

PM CARES Fund – Full Details and How to Donate