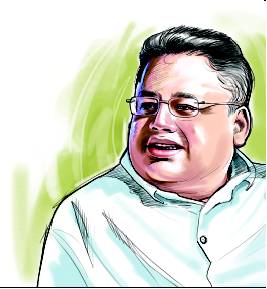 Rakesh Jhunjhunwala has increased its investment in Escorts & Rallis India.

ESCORTS –  His stake in Escorts has gone up to 5.47 per cent from 4.98 per cent earlier.  Last August, Jhunjhunwala had bought 6,21,789 shares of Escorts through open market transaction. The shares were purchased on an average price of Rs 88.23 valuing the transaction at Rs 5.48 crore.

Rallis India –  Jhunjhunwala has also raised his stake in Rallis India to 10.08 per cent from 9.13 per cent.

The ace investor has been bullish on agriculture sector as a theme and has been investing in agri related stocks like Rallis India and Escorts.