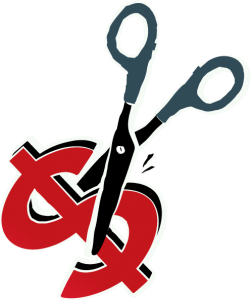 In the Budget today, following changes have been proposed for Taxation of Debt Funds

These amendments would be effective from April,1 2015 and will accordingly  apply, in relation to the assessment year 2015-16 and subsequent assessment  years.

Confusion regarding – from when this is applicable :

Alhough the Finance Minister said that it is applicable from April, 2015 but the assessment year is 2015-16. This means such investments will be taxed from the current ongoing financial year itself. That’s an issue,”

Revenue Secretary Shaktikanta Das on Friday said that – The effective date of the increase in long-term capital gains tax on debt mutual funds is April 1, 2014. The new tax rate “would apply to income arising out of this source in 2014-15, for which the assessment year would be 2015-16,” Das told that if somebody has already paid advance tax, the Central Board of Direct Taxes would issue a circular to clarify.

Revenue Secretary Shaktikanta Das on Saturday suggested investors in debt mutual funds might not have to pay taxes retrospectively for units redeemed before this year’s Budget was presented.

“The effective date is assessment year 2015-16, that is income accruing during 2014-15. But let me clarify the intention is not to introduce any kind of retrospectivity,” Das said at a post-Budget meeting organised by the Federation of Indian Chambers of Commerce and Industry (Ficci).

It has made Debt Funds less attractive and has ended the arbitrage which existed between debt funds and other debt instruments, particularly bank deposits.  This means, like other assets such as gold,  you have to hold your debt investments for at least 3 years for them to be be  treated as long term capital gains.

Fund officials said that the move is likely to make one year FMPs less attractive.

Fund officials say that there is a possibility of investors redeeming from debt funds. “In the near to medium term, it could potentially result in outflows from some segments of investors who have an investment horizon under three years and who are also in the high tax bracket.

Another way to look at this is that a lot of long term money which went into fixed income mutual funds only because of tax concessions will now be more willing to explore equity investments.

In cases where the time horizon is not long enough for equity, some of the short term money in the one to three year bucket can move to move into Arbitrage funds.  Read more about  Arbitrage Funds in my other post.

Those investing in liquid or  ultra-short-term funds with a less than 1 year view,  NOTHING changes as the tax status of ‘short-term capital gain’ remains.

Those who invest in debt income  funds as part of their asset allocation for their long term (over 3 years) will  also continue to benefit from indexation. In fact inflation indexation  in the last 3 years was so high (9.2% annualised in the last 3 years) that you  would not have paid almost nil tax on most of your debt fund investments

It is only those with   a 1-3 year view in debt mutual funds who need to be aware of the loss of  indexation benefit.

Investors will now get more interested in schemes like arbitrage funds where the returns are 9-10% in tune with the debt fund returns. Arbitrage funds invest in equities and benefit from the price difference of shares in the cash and future market or between two exchanges. Since the buying and selling happens at the same times, these funds are ideally like debt funds because there is no risk. However, the tax treatment of these schemes is according to equity guidelines. That is, there is no tax in these schemes if you have stayed invested in these funds for over one year and 15% short-term capital gains tax.

In cases where the time horizon is not long enough for equity, some of the short term money in the one to three year bucket can move to move into Arbitrage funds.  Read more about  Arbitrage Funds in my other post.