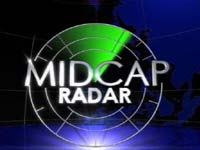 The brokerage has compiled a list of midcap stocks can give good returns in the next couple of years:

PI IndustriesThe company continues to build upon its strengths in the domestic agri and custom synthesis, and is delivering earnings to sustain high teens valuations. The brokerage expects growth trajectory to go up another notch as Jambusar Phase 2 and 3 start in FY16.

The stock remains its preferred pick in the agri space with strong visibility and scalability to drive earnings in the next couple of years. Its consolidated revenue is expected to grow by 21 per cent CAGR during FY14-16E on the back of higher contribution from the CSM business. PAT is seen growing by 26 per cent CAGR during FY14-FY16E, and cash flow generation to accelerate FY16 onwards.

The company has strong visibility on volume growth for FY15 and FY16. The capacity expansion, currently in implementation, shall more than double its volume through put by FY16 to 300,000 MT.

The brokerage expects BKT to generate strong operating and free cash flows as it goes past its capex mode by FY16, and moves towards reducing debt. Its estimates are building in reduction of debt from Rs 24.5 billion to Rs 17.5 billion by FY17. This shall lead to savings of Rs 140 million on interest costs in FY 17 as well as drive re rating over the medium term.

The company is a favourite play on Indian consumption theme. The footwear industry is at the cusp of moving from unorganised to organised (branded), and Relaxo is amongst the best positioned to leverage on the same. The brokerage expects volume growth of mid to high single digits and product mix change to sustain growth. The base case is of 18-20 per cent CAGR in revenue and this may improve as the company’s new products continue to expand their reach.

“Valuations at 27x FY15E and 20x FY16E are not as cheap as we would have desired for an entry perspective. However, we believe one will be adequately compensated through structural outperformance at an absolute level and not just relative,” the report said.

The company has been increasing its focus on distribution as it aggressively adds dealers (currently stands at 16-18000). It has increased its focus towards premium products in each of the product segments. It has gained market share in the premium segment of each category.

The weak Q1 has set the floor on margins and stock performance, say analysts at Dolat Capital Market. They are in sync with the management view that the weak result was a function of poor execution rather than any challenges on the business momentum.

According to the brokerage, estimates of 11 per cent revenue growth though below the management guided range ($ rev growth 12-14 per cent) still offers strong upside potential hereon. Recovery in SAP sbu would mean better earnings growth ahead of revenue growth.

The company has been one of the quite outperformers in the IT services since the last six months. The brokerage expects HP share of revenues to keep getting diluted, and the non-HP to gain traction helping generate better operating margins.

The brokerage is of the view that growth trajectory for the company will be driven by new products – Blaze Master, Bore well column pipes and adhesives.

The stock corrected nearly 15 per cent recently on concerns on regional instability in the MENA region.

According to the report, regional instability is a temporary phasing issue and growth in biopharma revenues will pick up in H2FY15E.

Brokerage Nirmal Bang has identified the following 10 stocks which we think investors should be holding from a 3-year perspective.

The company’s EPS is likely to post a 22 per cent CAGR for the next three years. The stock trades at 27.9x/24.2x FY16E/FY17E EPS, respectively, well below MNC peers, despite best-in-class earnings growth, RoE and RoCE of 100 per cent and attractive dividend yield of 2.5-3 per cent.

The company’s operating margin is likely to touch 20 per cent in the long run due to: a) improvement in gross margin, b) lower employee costs because of VRS, rising share of K-stores, c) moderation in lease rentals, and d) lower power/fuel as well as manufacturing costs following the modernisation of three out of its five plants.

The brokerage expects strong traction in exports over the next two years, thereby offsetting near-term weakness in the non-oncology portfolio (8% of FY14 sales) in India, which is likely to boost margins in the long run.

“With the improvement in its financials and strong prospects of the US product pipeline bearing fruit, we have valued Natco Pharma’s base business at Rs758/share, valuing the stock at 15xFY16E EPS,” the report said.

The exports and after-market services have aided margins and countered moderation in domestic growth.

The company’s exports formed 29 per cent/32 per cent of FY14 revenue/order intake, respectively. Its strong and steady after-market services have been a key differentiator.

The GE-Triveni JV grew substantially in FY14 with orders worth 225MW versus 35MW/80MW in FY12/FY13, respectively, and further scale-up is likely.

With better ability to profitably handle lower ticket sizes, fresh instruments rated rose by a 37.9 per cent CAGR over FY09-FY14. CARE is best placed to monetise 25,000 small companies, yet to be rated over the next three years. V-Guard

Lower discounts and high success rate in non-southern region are set to drive margins of the company.

According to analysts at Nirmal Bang, VIL is expected to post operating cash flow/FCF of Rs 3 billion/Rs 1.7 billion over FY14-FY17E and turn debt-fee in the next three years. With a lower sum required for working capital and minimum capex, RoCE is expected to improve by 593bps from 20.5 per cent in FY14 to 26.5 per cent in FY17E.

With a major portion of capex completed and with healthy earnings growth, Nirmal Bang expects CCL to generate FCF of Rs 3.4 billion over FY14-FY17E, which will be utilised to repay Rs2.9bn debt and also improve dividend payout.

The company is set to deploy 25 metric tonne steel capacity over the next two years, which is one-third of current steel output. The company enjoys unparalleled technology support from Vesuvius Plc (largest player globally).

The brokerage expects RoIC to improve from 21.9 per cent in CY13 to 28.7 per cent in CY16, although RoE is expected to increase by a mere 50bps in the same period on the back of rising cash reserves.

HeidelbergCement India operates in Central India where capacity utilisation is over 90% currently, while capacity addition remained muted in this region. The brokerages remain positive on cement demand driven by the focus on housing, which along with pent-up demand over the past two years would ensure 8-9 per cent growth in the coming years.

According to the report, robust demand and high capacity utilisation will lead to firm cement prices.

Ashwani Gujral, Fund Manager, ashwani gujral.com, has recommended fundamentally sound midcap stocks that can give good returns in the next 6-9 months: