RBI has extended the timeline to get pre-2005 currency notes exchanged at banks.

What is the timeline to get the notes replaced?

You can get your notes exchanged by Jan 1 2015 . In the meantime, you can freely use the currency as before .  It is still a LEGAL TENDER. 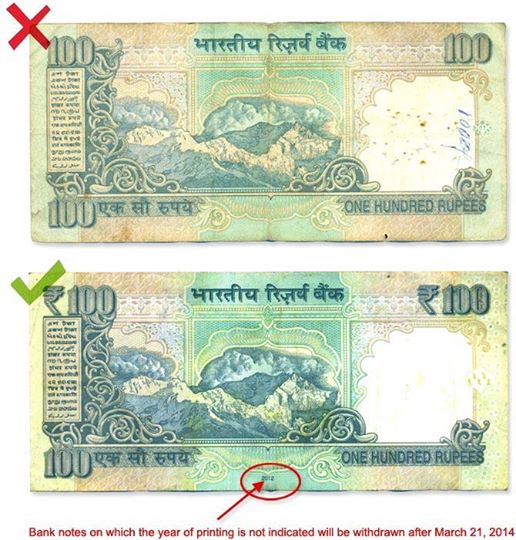 Why RBI is doing this  ?

Post-2005 notes have added security features and help in curbing the menace of fake currency.

The RBI said the withdrawal is in conformity with the standard international practice of not having multiple series of notes in circulation at the same time.

“A majority of such notes have already been withdrawn through the banks and only a limited number of notes remain with the public” the RBI said.
The move is also expected to unearth black money held in cash.

Where to exchange the notes ?

Banks are required to exchange the notes for their customers as well as for non-customers.

From July 01, 2014, however, to exchange more than 10 pieces of Rs. 500 and Rs. 1000 notes, non-customers will have to furnish proof of identity and residence to the bank branch in which they want to exchange the notes.